Celebrating Pride month, find out how you can get involved 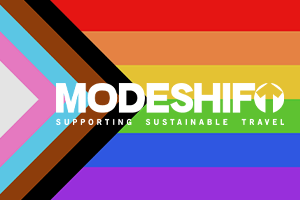 June is chosen as Pride month to commemorate the Stonewall riots which took place on 28 June 1969 in New York and were the founding protests that changed gay rights for a lot of people in America and around the world.

The impact of past and current discrimination against Lesbian, Gay, Bisexual and Transgender (LGBT+) people can be significant and as a means of self-protection some members LGBT+ community can be cautious about being themselves around others, self-censoring themselves from activities or spaces they don’t feel safe in.

So Pride is a visual celebration to show how far LGBT+ rights have come but Pride often also remains a protest to show in some places there’s still work to be done.

2022 marks 50 years since the first Pride march took place in the UK in London on July 1 1972. Since then Pride events in Manchester, London, Brighton and Birmingham have grown to attract huge crowds but increasingly Pride events are also held in smaller towns and they don’t just occur in June. Pride season in the UK actually begins in February and runs through to September.

Celebrating Pride provides a great opportunity for us to engage with a community that is often described as “hard to reach” and a community who research tells us is often less physically active than the general population and has disproportionately worse health outcomes.

Within your own organisation you may well have an employee LBGT+ network who are likely to know about any local Pride events. Other departments such as fostering and adoption or health services may also be attending. So you could tag along too to promote sustainable travel publicity material, the availability of cycle training or even an opportunity to undertake a consultation on any new schemes or projects you have planned.

You may also discover if there are other local LGBT+ walking, wheeling or cycling groups you can connect with.

In schools the 20-24 June is also Schools Diversity Week and the theme for RSE day on 27 June is Celebrating Differences – Everyone Can Sparkle!

So if a school is taking part in Rainbow Friday this could be an opportunity bling your bike in equally bright and sparkly colours.

Also keep an eye out for events by the Bikeability Trust, PrideOut, Rail Pride and any others and share anything you get involved in with us.

Pride in our people: our LGBT community – Network Rail